When I heard about this tour at the Hits Deep tour, I though hmmm, interesting combination, Third Day and Skillet.  I thought Third Day did something awesome last spring by having Colton Dixon on tour with them because they brought the young kids in to hear him but also brought their long time mom fans!  This concert was okay but would have totally much rather had a longer Third Day Set.  My vote for any future tour for Third Day would be a Third Day/Peter Furler tour!  Australian with Country Twang worship!  That would be an awesome concert! 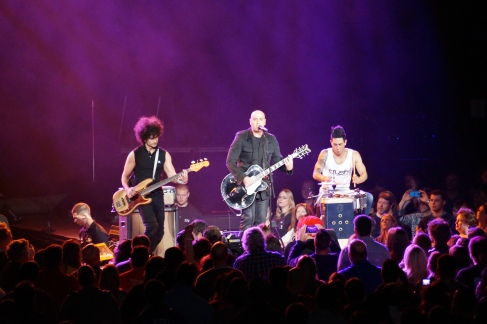 Peter Furler and band.  I see a trend, Peter likes a guy with an afro in his band, Jody Davis.

If you look closely you will see Jamie Grace rocking the drums and her sister Melissa Harper singing.  It was such a sweet moment for her sister to come out and sing.  I am glad that there are artist like her to encourage my daughter in her walk! 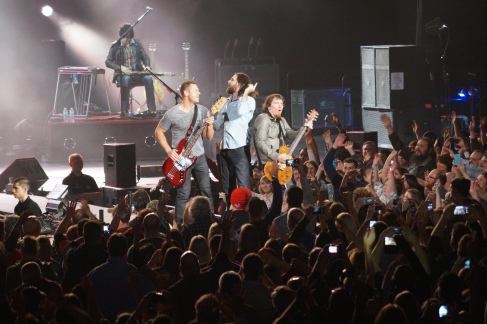 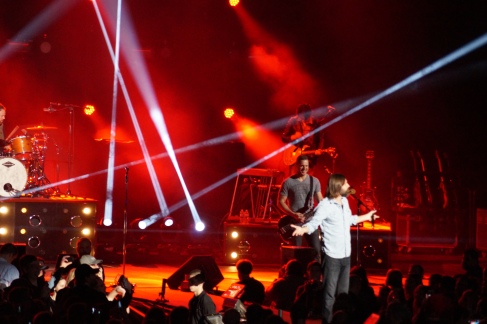 When I learn to stitch pictures together I’ll take a picture from each time I have seen Third Day in the past year.  That would be fun!